Statue of the National Hero Navid Afkari, a Masterpiece by Reza Olia 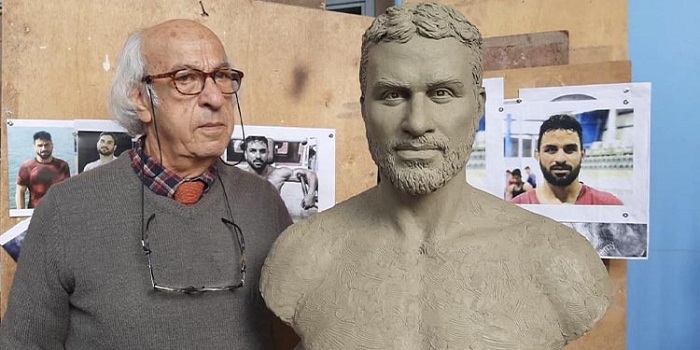 The most notable works of art of this valuable artist of Iran are making statues of martyrs. In addition, he was the first person to make a statue of Neda Agha Soltan, the symbol of martyrs of the 2009 uprising in Iran. Likewise, he made a statue of Reyhaneh Jabbari, an innocent woman executed by the regime, for the Iranian people. Above all, now his latest work is a statue of the national hero Navid Afkari.

The execution of Navid Afkari made the world react

The publication of this statue’s photo on the Internet, especially on social media, attracted many Iranian users’ attention. Navid Afkari‘s execution, the hero of Shiraz’s people, has been one of the most influential political executions in recent decades in Iran. His execution met with a sharp wave of global and Iranian reactions. He was executed unjustly on September 12, 2020, without any legal process.

Many Iranian users named Navid execution as a hasty criminal assassination by the mullahs’ regime. For this reason, the presentation of the statue of this great martyr of the Iranian people is very welcome.