What were the November 2019 Iran protests? 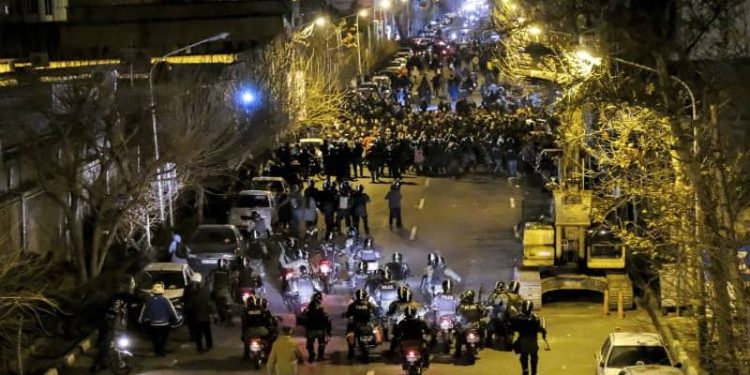 In November 2019, many Iranian people flooded into the streets to protests gas price hikes, which worsened their livelihood.

A massive uprising swept Iran in November 2019, lasting over a week and spreading to 200 cities across the province.

It began over a gas price hike. However, the protests quickly changed into a nationwide rebuke of the regime in its entirety. Given its scale and substance, that round of protests became rare in the 40-year rule of the mullahs. “Death to [Ali] Khamenei,” “death to [Hassan] Rouhani”, and “death to dictatorship,” thousands of protesters chanted bravely.

The people attacked the regime’s centers of repression, causing more than $5 billion in damages for the mullahs. Notably, the Mujahedin-e Khalq (MEK) Resistance Units since the very beginning had targeted these centers as part of an organized campaign.

Of course, the regime responded by cutting off the internet, to prevent protesters from communicating with each other or the outside world. Then, the regime used violence and killed at least 1,500 people in the streets and arrested thousands more.

“This death toll is 60 times the number of people killed during the previous mass uprising in December 2017, signifying both the increasing willingness of the population to risk their lives to oppose the regime and the state’s fear and diminishing ability to control the situation without having to resort to brute violence,” the National Council of Resistance of Iran (NCRI) wrote.

Moreover, in separate announcements, Amnesty International and UN High Commissioner for Human Rights Michelle Bachelet condemned the regime’s brutality. “We also learned that several of those killed were children, some as young as 13, like Amir-Reza Abdollahi in Eslamshahr,” they stated.

Many of them have been sentenced to death following unfair trials.

The key characteristics of the uprising

“The November 2019 uprising put on display the ongoing conflict between the Iranian people and the ruling theocracy. That conflict has become much more intense and widespread” the NCRI stated.

The regime is clearly fearful and on its last leg. Its overthrow is within reach and confident of that outcome, the Iranian people are pursuing a democratic future through more protests and nationwide uprisings against the theocracy,” the statement reads.