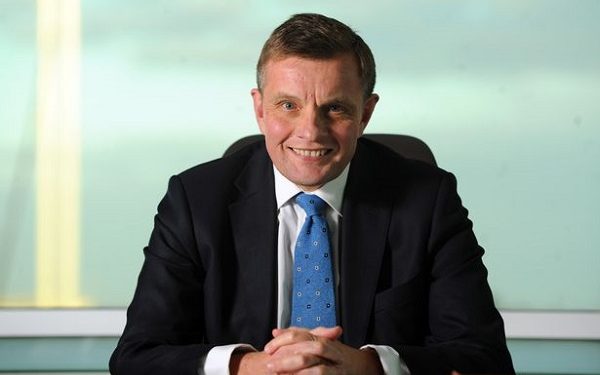 David Jones MP, former UK Secretary of State for Wales addressed an online panel supporting women’s rights in Iran to mark International Women’s Day on March 8, 2021.
A panel of 30 Members of Parliament and women’s rights activists from the UK and Europe urged their governments to put human rights at the forefront of Iran policy during an online conference sponsored by the British Committee for Iran Freedom on International Women’s Day, March 8, 2021.
The cross-party speakers called on the UK and EU governments to work together to put pressure on the regime to release all political prisoners, prisoners of conscience, protesters, and dual citizens held under arbitrary charges in Iran, especially the women. Speakers urged the UK and EU to make economic and political relations and agreements with the regime in Tehran contingent upon verifiable improvements in human rights and women’s rights. They stressed that Iran stands on the brink of change as the regime has no solutions to any of the economic and social crises facing it and that growing popular dissent in the country rejects the theocracy in its entirety and demands regime change.
The President-elect of the National Council of Resistance of Iran (NCRI), Maryam Rajavi, was the keynote speaker at the conference speaking alongside the panelists including several former ministers.

Mrs. Rajavi, colleagues, and friends, and especially colleagues in Ashraf 3, it’s a great pleasure to be with you today and to join such a distinguished panel of colleagues and prominent women’s rights activists on International Women’s Day.

And I want to add my voice to those of the other speakers today and express my admiration and praise for the brave women of Iran and around the world who continue to fight for freedom, equality and democracy in the face of an oppressive regime.

I want today to remember several brave Iranian women, such as political prisoner, Zara Safari and her daughter, [name], political prisoner Forough Taghipour and her mother Nassim Jabbari, political prisoner Nejat Anvar Hamidi and political prisoners Maryam Afhari… These women have been handed harsh prison sentences for supporting the pro-democracy opposition, the PMOI, on concocted charges of assembly and collusion against national security and propaganda against the state.

Many of them, like many other political prisoners of the regime, have been subjected to torture and in some cases denied medical treatment. On this day, too, we remember those brave women who continue to defy the regime even as they remain in prison under harsh conditions, and they’re an inspiration to us all.

We must and we will continue to advocate on their behalf and the international community to put pressure on the regime to secure their freedom as well as the release of all political prisoners in Iran.

I recently argued in an opinion piece for The Daily Express that Iran is a rogue state. We’ve known that for quite some time, and yet our leaders have consistently failed to adopt appropriate measures against the theocratic regime in Tehran.

The Kingdom should designate and proscribe Iran’s Islamic Revolutionary Guard Corps and the Ministry of Intelligence as terrorist organizations and impose targeted punitive measures against them, against their leadership and those acting on their behalf using the UK’s new Magnitsky style human rights sanctions procedures.

Such measures would limit their ability to export terrorism and enforce the regime regimes oppressive and misogynistic policies in Iran. We must also seriously consider reducing our diplomatic relations with Iran.

The privilege status forged to diplomats was egregiously abused by the regime with the attempted attack on the NCRI’s free Iran rally in Paris in 2018, which was masterminded by a diplomat serving in the Iranian embassy in Vienna. And the United Kingdom should work closely with our principal allies, most particularly the Biden administration to develop a new uniform and robust approach to the regime in Tehran.

To succeed, this policy must include dialogue with the pro-democracy resistance movement, the NCRI and its president elect, Mrs. Rajavi.

The NCRI is the most enduring political coalition in Iran’s modern history and has emerged as the only credible democratic alternative to the theocratic regime.