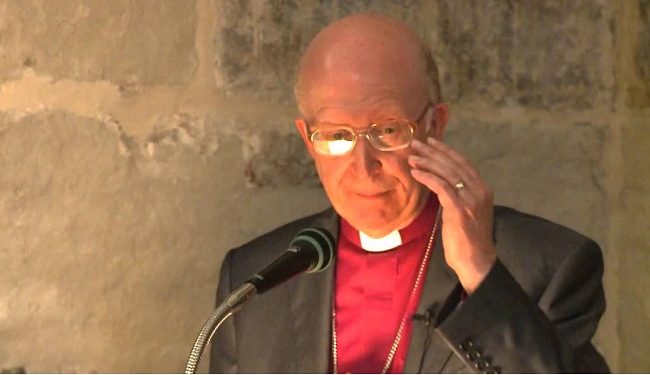 Right Reverend Bishop John Pritchard, addressed a panel of international dignitaries in an online conference, observing the holy month of Ramadan and declaring interfaith solidarity in the face of fundamentalism that has spread and promoted by the mullahs’ regime in Iran.

The regime is misusing religion to carry out atrocities. Activists of all sorts are being arrested and sentenced to long periods of prison or even executed over bogus charges of “waging war against God.” Christians are not allowed to observe their faith in public. Their homes are raided and belongings are confiscated simply because they are Christian.

We reaffirm our belief in freedom of religion in Iran, which is enshrined in Madam Rajavi’s ten-point plan. We call on the international community to take action for the release of all those who are being held in Iran’s prisons unjustly.

We stand in solidarity, and we highlight these abuses and call for a fact finding mission to travel to Iran and inspect prisons and meet with prisoners and prisoners of conscience. The regime’s leaders must be held to account for their atrocities.

The Plight of Iran’s Workers