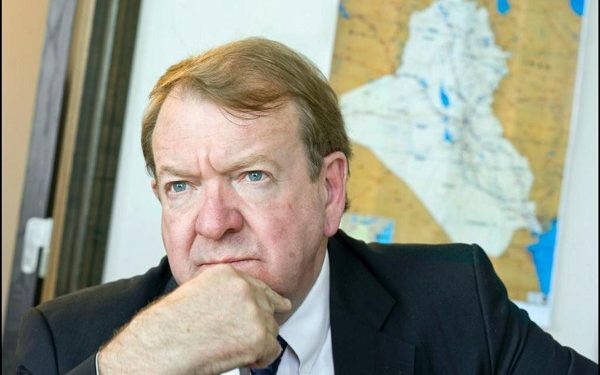 Struan Stevenson, former MEP, President of EP Delegation for Relations with Iraq 2009-2014, President of EIFA, addressed a panel of international dignitaries in an online conference, observing the holy month of Ramadan and declaring interfaith solidarity in the face of fundamentalism that has spread and promoted by the mullahs’ regime in Iran.

The Iranian regime’s meddling in Iraq has caused objections by the Iraqis. Iraqis are fed up with Iran. Under orders from Tehran, Soleimani led the popular mobilization forces to lead a genocide against Iraq’s Sunni population. Soleimani was a terrorist and his elimination was entirely justified. The elimination of Abu Mahdi Muhandes has left the Iran-backed militia leaderless.

Iran has become a satellite of China. The deal will incorporate military development between the two nations. The China-Iran deal is also complicating the Iran-U.S. relations. The terms of JCPOA are obsolete.

The Biden Administration must design a new paradigm with Iran and the EU must end its groveling appeasement policy toward Iran. Iran’s neighbors have to become more assertive. They should close Iran’s embassies. The mullahs must learn that their meddling will not be tolerated. Iran-backed militias are falling apart