Iranian People’s Chant: Looking for a Moderate Within the Iranian Regime Is an Illusion 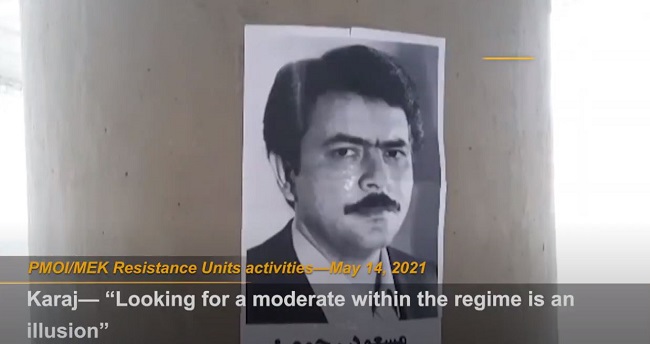 While the Iranian regime is preparing itself to run the presidential election in 2021, the Iranian people and PMOI/MEK network inside Iran are boycotting the Iran election in 2021. The Iranian people consider the election boycott as a patriotic duty, refusing any myth of moderation within the regime at the same time.
People’s Mojahedin Organization of Iran network known as PMOI/MEK Resistance Units spread the slogans against the Iranian regime’s election by wall graffiti and installation of posters and banners of Iranian Resistance leader Massoud Rajavi and the NCRI President-elect Maryam Rajavi in public places.

Retirees and Teachers Protest and Rally in 15 Cities Across Iran