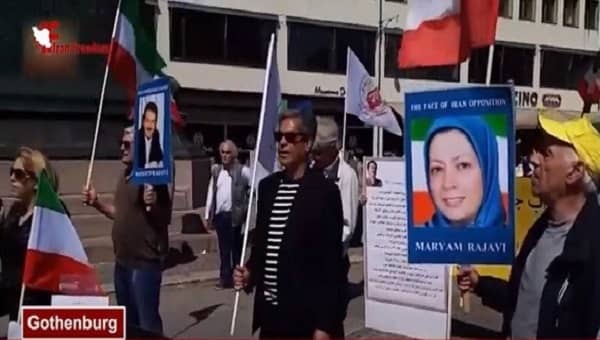 Iranian Supporters of the MEK Rallied in Gothenburg- May 29, 2021

On May 29, 2021, Iranian supporters of the People’s Mojahedin Organization of Iran (PMOI/MEK) and the National Council of Resistance of Iran(NCRI) held rallies in Vienna, Cologne, Gothenburg, Stuttgart and Stockholm against the dictatorship in Iran.

They chanted slogans against the Iranian regime candidates for the coming sham presidential election in Iran.

The following slogans were heard at these gatherings: