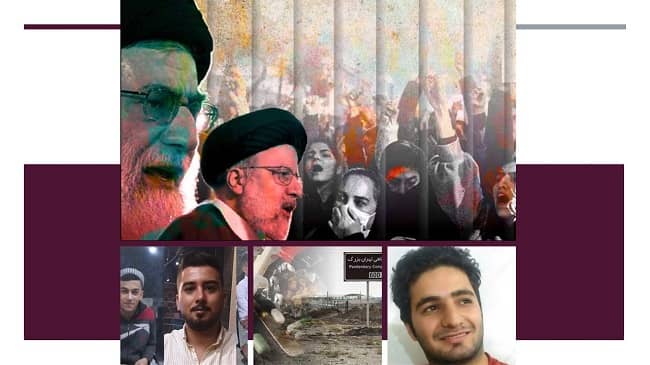 The Iran Human Rights Monitor has just released its monthly report into human rights in Iran for May 2021, which contains information about executions, torture, suppression of minorities, and arrests of political activists and religious and ethnic minorities.

Here, we’ll look at what that report contained, but we always advise going to read the full report, which is available here.

A minimum of 21 Iranians was executed in May, but 17 of them were sentenced on charges that aren’t capital crimes under international law. This is not surprising considering that the country holds the world record for executions per capita.

One of the most important of these cases was Behzad Adl, 25, who was executed in Adelabad Prison in Shiraz on rape charges. He denied the charge, but he was not given access to a lawyer and only confessed under severe torture.

Some 16 Iranians were killed by the police, without even being arrested or put on trial, let alone found guilty, while another 15 were injured. The security forces have often done this, particularly to border porters.

Some of those injured in this way include Ghobad Rezaie Farzad, 38, and Behnam Karimi, 32, who had been drinking alcohol on May 20 and were shot at very close range by the police in Alborz Province before being taken to the hospital in cuffs. Ghobad Rezaie was shot four times above his knee and Karimi was shot twice above his right knee.

Over 540 people were arrested, some for their religious beliefs, some for political activism, and others for things that would not be considered crimes in the rest of the world.

Meanwhile, the regime has been increasing pressure on prisoners. For example, journalist Reza Taleshian Jalodarzadeh, who is held in the Greater Tehran Penitentiary, went on hunger strike because he is denied medical services and political activist Mohammad Nourizad’s health has deteriorated to such a point that he is risking death unless he gets medical treatment.

The regime has been increasing pressure on minorities and here are just some of the cases:

Iranian Supporters of the MEK in Vienna, Montreal, and Amsterdam Rallied Against the Iranian Regime’s Sham Elections – May 30 to June 1, 2021