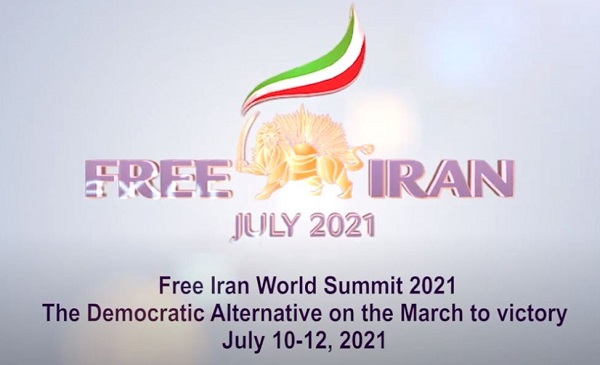 JULY 10 – 12, 2021
Join us and stand with the Iranian people fighting for freedom.
UNITING FOR A FREE AND DEMOCRATIC IRAN

The Free Iran World Summit 2021 is the largest-ever online international event dedicated to liberating Iran from its oppressive religious dictatorship and paving the way for a free, democratic, and sovereign future.
Pro-democracy activists inside Iran, lawmakers, former senior government officials, distinguished personalities, and humanitarians and advocates from around the world will act in solidarity with the Iranian people’s unflinching struggle for freedom.

As Iranians reject the regime’s sham presidential elections with a nationwide boycott, it is now our turn to stand with them in solidarity.
Your support is critical to the movement’s success. It’s time to maximize our momentum by coming together stronger than ever. Share your participation with your global network of supporters – and don’t forget to hashtag #FreeIran2021.