On November 2, two days before the reimposition of “the toughest sanctions ever on Iran”, as described by the White House, against this rouge regime, Secretary of State, Mike Pompeo, and the Secretary of Treasury, Steven Mnuchin held a news conference.

President @realDonaldTrump is reimposing all sanctions lifted under the unacceptable Iran deal. The U.S. is reimposing the toughest sanctions ever on Iran, targeting many of the corrupt regime’s critical sectors.

Mike Pompeo told reporters of various news agencies: “Our ultimate aim is to compel Iran to permanently abandon its well-documented outlaw activities and behave as a normal country.” Pompeo pointed to Iranian missile development and its involvement in conflicts across the Middle East, as well support for terrorism and assassinations of dissidents in Europe. reported THE GUARDIAN on November 2. 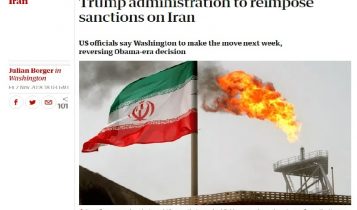 Which sectors are covered by sanctions?

The sanctions, which will take effect on Monday, cover Iran’s shipping, financial and energy sectors and are the second batch (of sanctions that) the administration has re-imposed since Trump withdrew from the landmark accord in May. (AP NEWS, November 3, 2018) 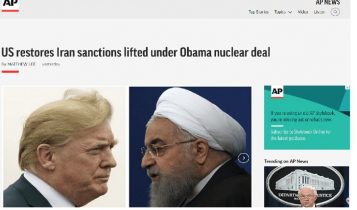 In this regard, BBC reported on November 2: “The Trump administration is to reinstate all US sanctions on Iran removed under the 2015 nuclear deal.”

Addressing the reporters present at the news conference, Mr. Mnuchin said that while banks will be allowed to conduct humanitarian-related transactions with Iran, they “must be very careful that these are not disguised transactions.”

In this context, reliable sources informed Asharq Al-Awsat newspaper that the European intelligence bodies have foiled 10 assassination attempts against opposes of the Iranian regime throughout the past year. 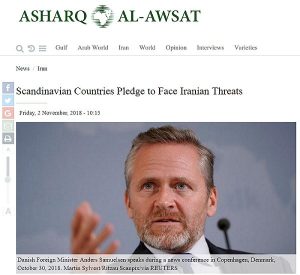 After arresting MOIS agents in Europe and US in the course of foiled terror plots and terror conspiracies against the Iranian opposition, especially the MEK members in Albania, France and the United States, this reminding of John Bolton, US National Security Advisor stated at Alexander Hamilton Society; “In terms of the terrorism behavior of Iran (regime), you know Ronald Reagan designated Iran (regime) is the first state-sponsor of terrorism, and what they are engaged now, outright terrorism as a state itself. These are not sponsoring terrorism; these are terrorist planning” was well averred.

As Secretary Pompeo tweeted: For nearly 40 years, Europe has been the target of Iran-sponsored terrorist attacks. Last week, “Denmark has accused Iran’s intelligence agencies of planning to assassinate an Iranian activist on Danish soil”, (BBC, October 30, 2018)

We congratulate the government of #Denmark on its arrest of an Iranian regime assassin. For nearly 40 years, Europe has been the target of #Iran-sponsored terrorist attacks. We call on our allies and partners to confront the full range of Iran’s threats to peace and security.

Sanctions are not the ultimate solution

In fact, the evidence displays that while Iranian regime has failed to keep a tight rein on the Iranians’ protest and uprising inside the country, it seeks to strike the MEK as the mullahs’ arch-enemy and the heart of the organized resistance (NCRI) abroad.

No need to say that as much as the Iranian regime has debilitated, the organized resistance led by the president-elect Mrs. Maryam Rajavi has gained more achievements in the course of a free and democratic Iran. In this regard, the regime was not able to cover this reality and reiterated Mrs. Maryam Rajavi and resistance units (MEK supporters) are the main threat of its survival.

Thus, reimposition of US sanctions may be able to debilitate mullahs’ capability to fuel the regional conflicts, it may squeeze them to limit their terrorist threats, but it can never persuade them to avoid their temperament of terrorism and warmongering, which justifies their preservation of power through any kind of suppression and crime including terrorism.

In conclusion, in such circumstances the passive attitude of western governments will intensify mullahs’ terror acts. Therefore, as the best solution, the civilized world should stand with the Iranian people toward achieving freedom by recognizing the rightful struggle of the Iranian resistance and the MEK to end mullahs’ malign behavior inside Iran and beyond. as Mrs. Maryam Rajavi mentioned:

The era of U.S. appeasement of the clerical regime against the interests of the Iranian people and Resistance is over. The mullahs must anticipate even greater crises and more uprisings by the people of #Iran.