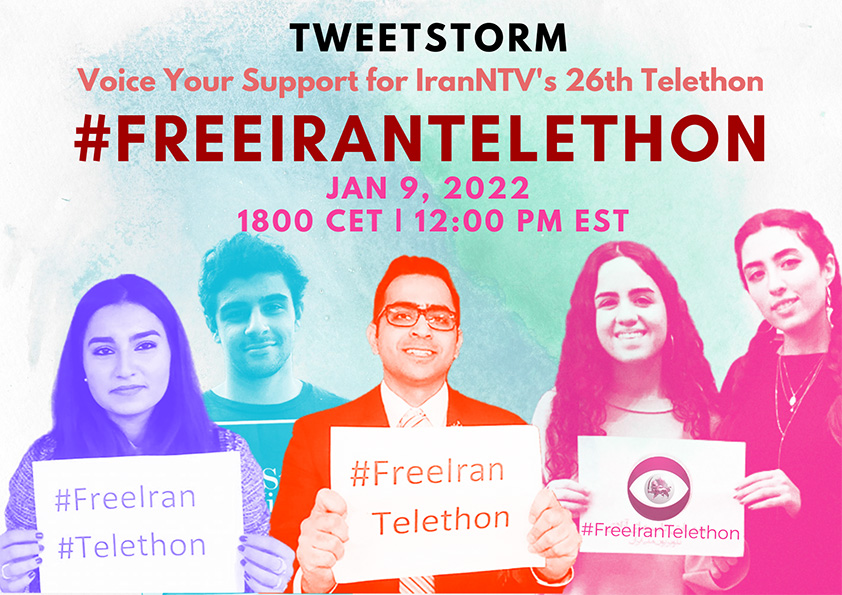 From January 14th-16th the Iranian diaspora will hold the 26th Free Iran Telethon in support of IranNTV, the first Persian satellite television and a pioneer in creating a bridge of communication between Iran and the world.

IranNTV (Simaye Azadi), is a commercial free television station, solely dedicated to echoing the voice of freedom in Iran, dubbed the “light of our homes” by millions of Iranians inside Iran and abroad.

As a prelude to the telethon, Iranians plan to take to social media in a tweetstorm, coming together to voice gratitude and support for Iran NTV; strengthening the call for a free Iran.

SHOW YOUR SUPPORT & ECHO THE VOICE CALLING FOR FREEDOM