Iran’s education system is going to be faced with an imminent crisis and shortage of workforce in coming years as the retirees are not replaced with adequate new personnel.

Chaharband says that 50,000 new personnel should replace the education system’s retirees each year, underlining that “based on our estimates, there’s going to be a 300,000 personnel shortage this coming fall.” (State-run ISNA news agency, June 13, 2018)

Students in Iranian schools are subject to different fatal threats, including ceiling or wall collapse, severe injuries and smoke inhalation due to heater leakage, all of which point to the education system’s critical state.

Despite all this and while education system in all countries across the world is of utmost importance, the regime reduces the Education Ministry’s budget year after year to fund its oppressive forces, killing the people in regional countries like Syria, and its so-called cultural entities. 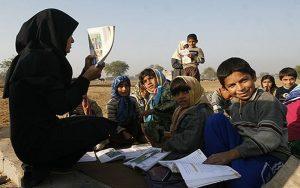 A “Domino Effect” in the Exit of Western Companies From Iran

France, Germany, and Britain have officially asked to be exempt from the sanctions of the United States on Iran.

According to some French news reports (6th June 2018), the France’s Economy Minister Bruno Le Maire, has stated: “France, Britain, Germany, and the European Union, have all asked the United States to refrain from applying its sanctions to their business dealings with Iran, which are currently occurring within a legal framework”.

In a speech held on 21st May 2018 at the Heritage Foundation, Mike Pompeo rattled off a 12-point list of what he referred to as the “basic requirements” of a new way forward with Iran.

Pompeo also emphasised the pressure of these sanctions and that: “After our sanctions come into full force, Iran will be battling to keep its economy alive; it must then make a choice – either fight to keep its economy off life support at home or keep squandering its precious wealth for supporting terrorists and rebel groups of Lebanon, Syria, Iraq, Yemen, and other countries”.

He added: “It is America’s hope that our labours towards peace and security will bear fruit for the long-suffering people of Iran. We long to see them prosper and flourish as in decades past, and as never before”.

Iran: Sailors Are Deprived of Minimum Pay and Retirement Insurance

The absence of a Sailors Association has been crippling the sailors of Bushehr over the years; not only are their salaries being withheld, so are their insurance and retirement pays.

The head of the dismantled Sailors Association of Bushehr, Omra Rahnama, told ILNA: “Employers pay sailors a total of 1 million Toman for the entire two months; whilst each trip does take 10 days, sailors are technically hired for two months because lodgers withhold their cards for this period”.

He adds that “There are no other associations to take care of our sailors. We were the only one in country’s south. Without our association, the issues of sailors will not be followed up, which will enable the employers to continue mistreating the sailors”.

Iran Regime Official: Our Country’s Environmental Protection Is One of the Most Disgraceful in the World

In an event held on 15th June in Mashhad, the head Iran’s Environmental Protection Organisation (IEPO) Isa Kalantari said that in terms of environmental protection, Iran ranks lower than 100 in a total of 180 countries; which as he puts, makes Iran one of the most disgraced in the world. Iran’s protection of its environment is so shameful that even its representatives feel embarrassed to acknowledge it in associated global gatherings.

According to Kalantari: “So far, 10 major cities of Iran are facing serious air pollution. Aggregates of wastes have also buried three provinces and subsequently, taken away the livability of the northern regions too. With the 10-meter land subsidence in Hamedan, we have extracted as much water as possible from the underground”. 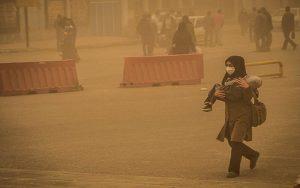 As discussions over #Iran's #WorldCup2018 win continues, Tehran's authorities are concerned of such celebrations turning into anti-regime protests.https://t.co/XgrssTbik5