Powerful speeches were delivered by a number of Arab, European and Western figures, including those of the Iranian opposition. This rally is focused on how the Iran opposition is seeking to topple the mullahs’ regime.

The presence of MPs from the US, Canada, Poland and various European countries, alongside numerous MEPs was very significant. 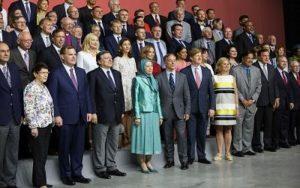 Eyewitness reports from the opposition movement inside Iran were heard in this convention. This rally was also focused on the issue of human rights.

There is vast support from the European Parliament for the Iranian opposition condemning Iran regarding human rights and torturing political prisoners and dissidents.

This rally is also focused on blacklisting the Revolutionary Guards (IRGC), especially after its meddling in the Middle East and a number of Arabic countries. Opposition members previously in Iraq and now transferred to Albania were connected to this rally for the first time 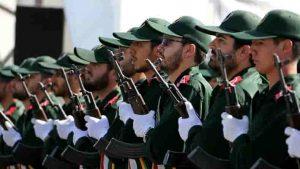 The importance of this conference is seen due to the climax of the Middle East crisis and changes in US policy. Developments are headed for the IRGC blacklisting.Therefore, this year’s Iranian Grand Gathering on July 30 is especially important due to recent domestic and international developments.The rally is a unique showcase for the platform of the National Council of Resistance of Iran (NCRI), which is at the heart of global activism pushing to bring democracy to the people of Iran. Its vision for the country’s democratic future is outlined by the 10-point plan created by its president elect, Maryam Rajavi. It calls for free and fair elections, legal protections for ethnic and religious minorities as well as women, and the dissolution of the current regime’s nuclear weapons program.

Various delegations and politicians, especially MPs, and political and military advisors from the US, Europe and Canada were present in this rally. They are attempting to reach a unified perspective to pressure the Iranian regime in order to end its meddling in the Middle East.