supporter of  Iranian resistant : At the “Free Iran” rally on Saturday 1st July just outside Paris, many prominent political figures and dignitaries from around the world gathered to pay tribute to the Resistance and its leader Mrs. Maryam Rajavi. They pledged their continuing support to the people of Iran and its opposition and called for the overthrow of the Iranian regime. 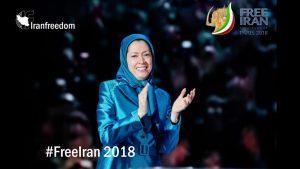 Many speakers also expressed their relief that the effort to free the Iranian people trapped in Camp Ashraf is now over and that they have all successfully been relocated. This also led to lots of praise for the people and government of Albania who have welcomed thousands of Iranian resistance members.

Congressman Robert Pittenger from North Carolina took to the stage and said that the people of America love the freedom-loving people of Iran. He confirmed that the United States Congress supports the people of Iran and is seeking to hold the Iranian regime to account for the many and ongoing crimes it is committing. 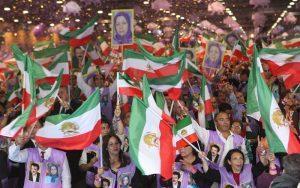 Pittenger said that now is the time for regime change. He said that when the Declaration of Independence for a new America was adopted 241 years ago, their forefathers “pledged their lives, their fortunes, their sacred honor” and as a result the American people gained the right of “life, liberty and the pursuit of happiness”. This, he claimed, is what the United States Congress wants for every single person of Iran.

He ended his speech with words of encouragement for the people of Iran and the Resistance that is working so hard to make Iran a free Iran. He said: “So I want you to know as your brother, your friend, I’m a Christian, I’m a follower of Jesus Christ, I respect you. And we stand with you, we work for you, we pray for you. God bless you. Free Iran.”