Juvenile execution record: The 40-year achievement of the Mullahs’ ruling

It is cruel and inhuman to apply the death penalty even to adults let alone to those convicted of crimes committed under the age of 18.
Moreover because of children’s immaturity, vulnerability, impulsiveness, and capacity for rehabilitation they should never face the execution, no matter how severe the crime of which they have been convicted of.

Instead of that, the principle of maximizing the Juvenile offenders’ potential to be able to reintegrate into the society should be enforced by the law.

Killing Juvenile during the Iran-Iraq War

During the war, promising them that their sins will be forgiven, hundreds of thousands of juveniles were sent the battlefield with a plastic “key to paradise” hung around their necks, using them as cannon fodder and as human mine sweepers.

Before being sent to the gallows, these Juveniles are subjected to abuse and torture including being denied of proper medical treatment, being denied of any furlough and their families become the subjects of harassment.

But the worst is the psychological torture they undergo.

Anywhere in the world, one’s birthday is a day for joy and celebration, but for juvenile prisoners in Iran, their birthday is nothing but a nightmare because with each added candle they get one step closer to the gallows.

Iran represents the top state-executioner of juvenile offenders in the world.

“I am sad to say that Iran violates this absolute prohibition under international human rights law far more often than any other state,” the former human rights commissioner, Zeid Ra’ad Al Hussein, wrote. “No other state comes even remotely close to the total number of juveniles who have been executed in Iran over the past couple of decades. 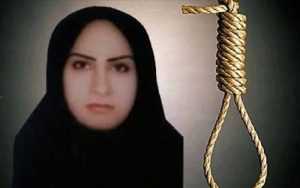 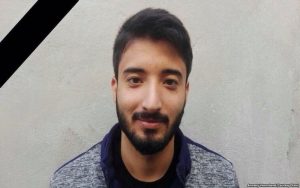 Ali Kazemi, 22, was recently executed in Iran for a murder he allegedly committed when he was 15. 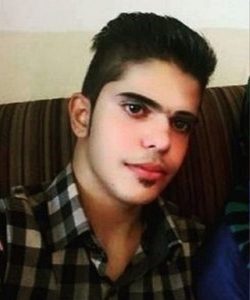 Amirhossein Pourjafar, juvenile offender was executed in Rajai Shahr Prison of Karaj.
he was only 15 at the time of his arrest

On Wednesday, February 7, 2018, Human Rights Watch (HRW) declared that At least three minors were executed by hanging in Iran  since the beginning of the year:

There is no doubt that juvenile execution in Iran is illegal. Iran is one of the last countries on earth that continues to issue death sentences for juveniles.

The conscience of humanity has to wake up and take action. Like many other juveniles, these juvenile offenders are also waiting to turn 18, the age of adulthood, freedom and maturity. However, for them, it is a bitter waiting, more bitter maturity, which brings with it the sense of death. They wait in prison to grow older and reach the age of 18, at which they are sent to the gallows.

As Clarisa Bencomo, a researcher on children’s rights for the Middle East has stated: “Killing people for crimes committed as children, provides neither justice nor safety for Iranian society” (HRW, 2008).

Last but not least, we demand a worldwide attempt via all human rights organizations and advocates to impel the mullahs’ regime to bring an end to executions in Iran.

This is a demand that the Iranian resistance has been trying to accomplish achieve for many years and Mrs. Maryam Rajavi has mentioned it in her plan for a free Iran.